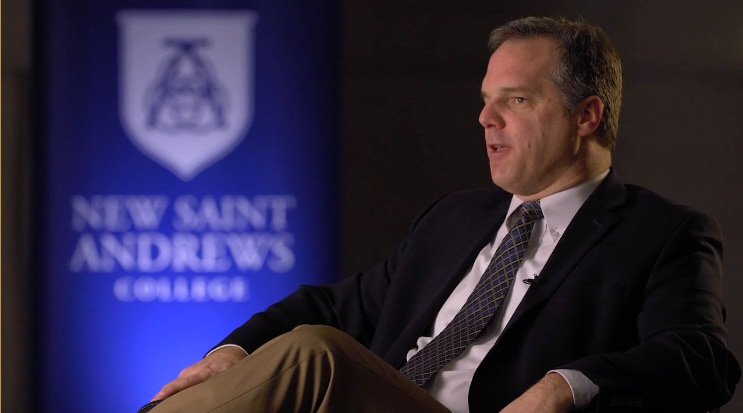 Christopher Schlect, Ph.D., has worked in classical and Christian education for thirty years. Chris is the director of the classical and Christian studies program at New Saint Andrews College, where he also teaches courses in history and classical rhetoric. He has also taught advanced courses in history at Washington State University, he has interpreted historical sites as a ranger for the U.S. National Park Service, and remains active with his historical research related to American Protestantism in the early 20th century. Chris has taught many subjects in grades seven through 12 at Logos School in Moscow, Idaho, where he also coached a high-achieving Mock Trial team for 24 years. He now serves classical and Christian schools around the country through his teaching, consulting, and training activities. Chris and his wife, Brenda, have five grown children, all products of a classical and Christian education, as are all their spouses. They have seven delightful grandchildren who remind them of God’s faithfulness.

The Art of Teaching in Practice

A brief look at “The Art of Teaching in Practice“