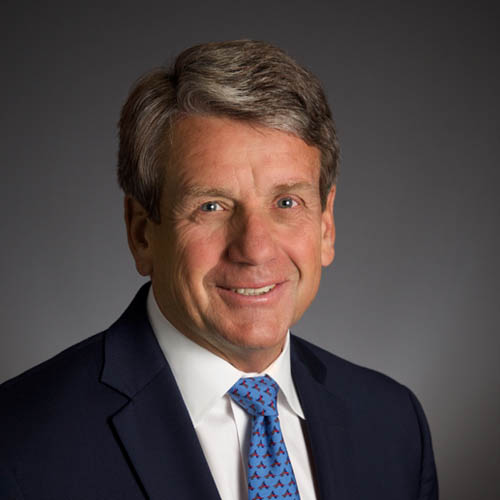 Michael P. Farris is president and CEO of Alliance Defending Freedom. Farris was founding president of both the Home School Legal Defense Association (HSLDA – 1983) and Patrick Henry College (PHC – 2000) and continues to serve as chairman of the board of HSLDA and chancellor emeritus of PHC. He graduated from Western Washington State College with a bachelor’s degree in political science, followed by a Juris Doctor from Gonzaga University. He also earned an LL.M. in public international law from the University of London.

Farris has specialized in constitutional appellate litigation. In that capacity, he has argued before the appellate courts of 13 states, eight federal circuit courts of appeal, and the U.S. Supreme Court, where in 2018 he successfully argued NIFLA v. Becerra, resulting in a free speech victory for California’s pro-life pregnancy centers.

Farris has testified many times before both the House and Senate. He was an executive committee member of the Coalition for the Free Exercise of Religion that successfully lobbied Congress for the passage of the Religious Freedom Restoration Act of 1993. He also has substantial experience in international religious freedom advocacy.

Farris is the author of over 15 books, as well as law review and other scholarly and popular articles. He and his wife, Vickie, have 10 children and many grandchildren.

If we want to preserve our liberty, it is up to us to know what is going on, to know the Constitution, to know these limitation on the power of Congress and to insist that our leaders obey.
~Michael Farris

Michael Farris is a keynote speaker at this year’s conference.