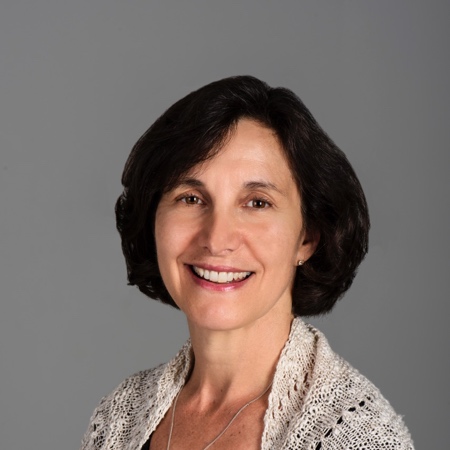 Rosaria Butterfield was once a tenured professor of English who identified as a lesbian and worked to advance the cause of LGBT equality. After her conversion to Christ in 1999, she came to see the sinfulness of having any identity apart from Him.

Rosaria is married to Kent Butterfield, pastor of the First Reformed Presbyterian Church of Durham, and is a home-school mother, pastor’s wife, author, and speaker. She is helping Christians to better understand their LGBT neighbors and loved ones so that we can lovingly look past labels of sexual identity and share the gospel effectively.

In 2012, she published her conversion memoir, The Secret Thoughts of an Unlikely Convert: An English Professor’s Journey to Christian Faith. Her second book is Openness Unhindered: Further Thoughts of an Unlikely Convert on Sexual Identity and Union with Christ (2015). Her third book, The Gospel Comes with a House Key (2018) addresses the lost art of Christian hospitality. Rosaria writes about sexuality, identity, Christian hospitality and community, and seeks to encourage all in faithful Christian living and service.

By God through the merit and power of Jesus Christ, here I stand.
–Rosaria Butterfield

The Making of a Monster: Frankenstein, Transgenderism, and Government Education

Mary Shelley’s gothic 1818 novel, Frankenstein: Or The Modern Prometheus, is the antithesis of a true, good, or beautiful story. Penned on a dare, its 18-year-old author was a young un-wed mother and a rebellious, but well-read and educated, runaway daughter. Victor Frankenstein, the protagonist of this story-within-a-story, is a frustrated bachelor-scientist who, believing in biological immortality, creates and breathes life into a gigantic nameless creature, using body parts stolen from fresh graves. Victor abandons his creature at birth, but the creature seeks the promises of Renaissance humanism—he aspires to a civilizing nature and a loving community. He teaches himself to read. He seeks companionship. But he is a soulless vagabond. Prohibited by birth from bearing God’s image, the nameless creature’s fruitless quest is both heartbreaking and murderous. Victor and the nameless creature become literary foils, and a murder follows them wherever they go.

Frankenstein’s creature has been the subject of stage plays and movies, almost since the book’s first publication in 1818. And heartbreakingly, young people who identify as transgender and are de-transitioning today, have used the name of Frankenstein’s Monster to describe themselves. As heartbreaking as stories of de-transition are, government schools continue to promote transgenderism as a capstone of humanism and human dignity. We can gain insight into transgenderism from Mary Shelley’s novel about a bachelor who wants to invent life in a laboratory.

This workshop will address the teaching of writing, reading, and literary studies to children with Dyslexia, with a special focus on the homeschool classroom, borrowing heavily from the great privilege it has been to homeschool my daughter with Dyslexia in a Classical Christian program.

Synopsis: In the Classical Christian homeschool co-op where my children attend (and where I teach Rhetoric literature), we talk about the difference between a Romans 1 humanism and a Psalm 8 humanism, the former stealing glory from God and the latter giving glory to God. The historical epoch of Romanticism, a late 18th-century movement, falls squarely as a Romans 1 reflection. Romanticism elevated personal feelings and impressions to an epistemology. It became a precursor to the late-modern and post-modern idea that a person invents himself out of feelings, desires, hopes and dreams unhinged from a Holy God. Mary Shelley’s Frankenstein is a difficult but important text to introduce to students at the secondary level. This workshop will discuss how to teach this text taking into account both its literary “story within a story” form as well as its reflection of English Romanticism.