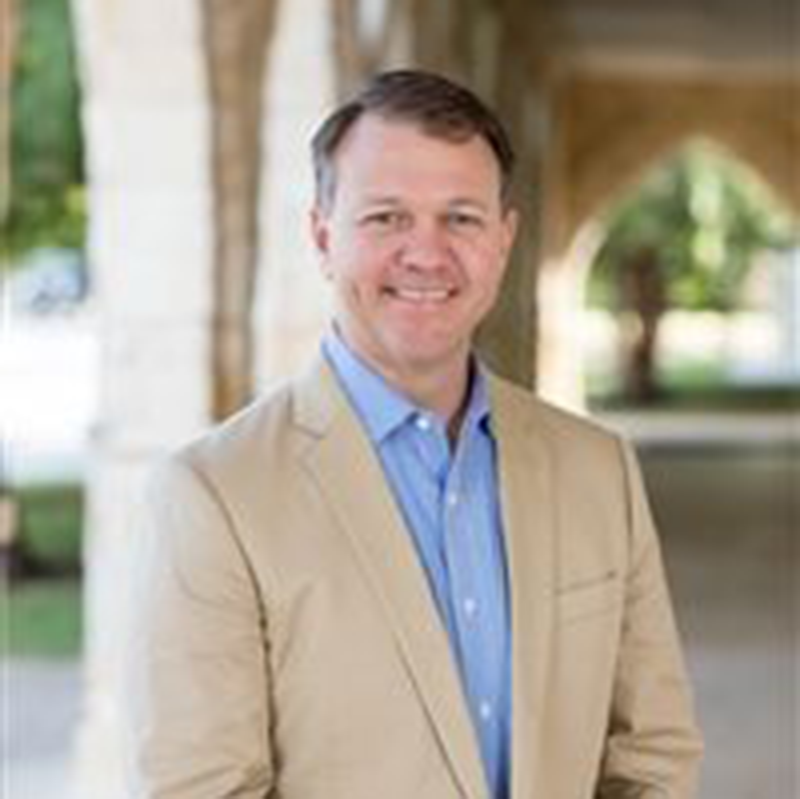 Dr. Dan Peterson serves as the head of school at Regents School of Austin. Originally from Tennessee, his mother was a school teacher and his father, a biologist. Athletics, specifically soccer, played a huge role in his life from age five, through high school and college, and even afterward. He graduated from Carson-Newman University, working during the summers at Kanakuk Kamps in Missouri. Through Kanakuk, Dan broadened his spiritual understanding of how faith can be integrated in every aspect of a Christian’s life and ignited his heart for discipleship. This was a life-changing concept that shaped his worldview, the idea of seeing all things through the truth of Scripture. It was also at Kanakuk that Dan met Brooke who became his wife in 2001. Dr. Peterson obtained a MDiv degree in theology from Southern Baptist Theological Seminary in Louisville, Kentucky. He served for one year at Heritage Academy in Missouri. He then served for six years as founding head of school at Cornerstone Academy in Tennessee, while pursuing and earning his PhD in leadership and Christian education in 2012. He began his tenure at Regents School of Austin in 2012 serving as the head of school of logic until 2015. He served as the head of school and president of Evangelical Christian School in Tennessee from 2015 to 2018 before returning to Regents. Dr. Peterson has presented at several national and regional conferences, and he has completed the Colson Fellows National Program. Dr. and Mrs. Peterson are the parents of four children, all students at Regents. He enjoys reading, running, hiking, fly fishing, and playing soccer, but most of all, spending time with his family. The Peterson family attend Austin Stone Community Church.