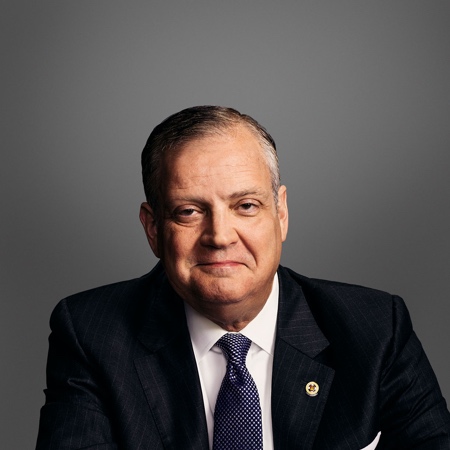 Dr. Mohler has been recognized by such influential publications as Time and Christianity Today as a leader among American evangelicals. In fact, Time.com called him the “reigning intellectual of the evangelical movement in the U.S.”

Dr. Mohler hosts two programs: “The Briefing,” a daily analysis of news and events from a Christian worldview; and “Thinking in Public,” a series of conversations with the day’s leading thinkers. He also writes a popular blog and a regular commentary on moral, cultural and theological issues. Called “an articulate voice for conservative Christianity at large” by The Chicago Tribune, Dr. Mohler’s mission is to address contemporary issues from a consistent and explicitly Christian worldview.

Widely sought as a columnist and commentator, Dr. Mohler has been quoted in the nation’s leading newspapers, including The New York Times, The Wall Street Journal, USA Today, The Washington Post, The Atlanta Journal/Constitution and The Dallas Morning News. He has also appeared on such national news programs as CNN’s “Larry King Live” and “AC360,” NBC’s “Today Show” and “Dateline NBC,” ABC’s “Good Morning America,” “The NewsHour with Jim Lehrer” on PBS, MSNBC’s “Scarborough Country,” and Fox’s “The O’Reilly Factor.”

If the college you visit has a bookstore filled with t-shirts rather than books, find another college.
–Albert Mohler